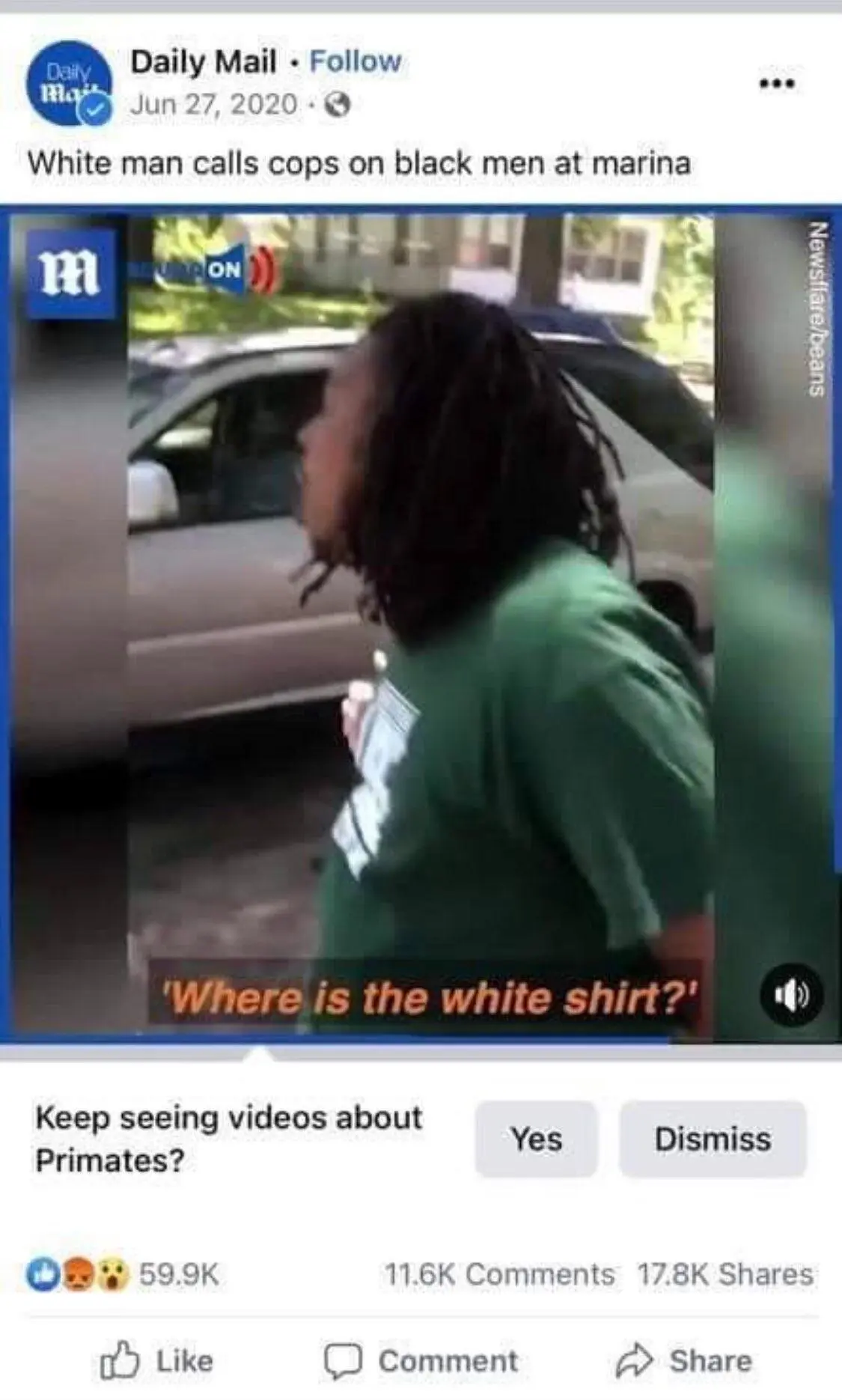 In the reckoning of the Black Lives Matter movement in summer 2020, a video that featured black men in altercation with the police and white civilians was posted by the Daily Mail, a British tabloid. In the New York Times, Ryan Mac reports how Facebook users who watched that video, saw an automated prompt that asked if they would like to “keep seeing videos about Primates,” despite there being no relatedness to primates or monkeys.

This incident was only discovered through a friend of an ex-Facebook employee who then posted it on a product feedback forum. While Facebook has apologised, the flurry of many recent, yet unsurprising, revelations about the company renders their apology empty. The company’s many intentional (and unintentional) incidents with race, make it clear that dealing with racial (and other intersectionally related) problems is in no way the company’s priority.