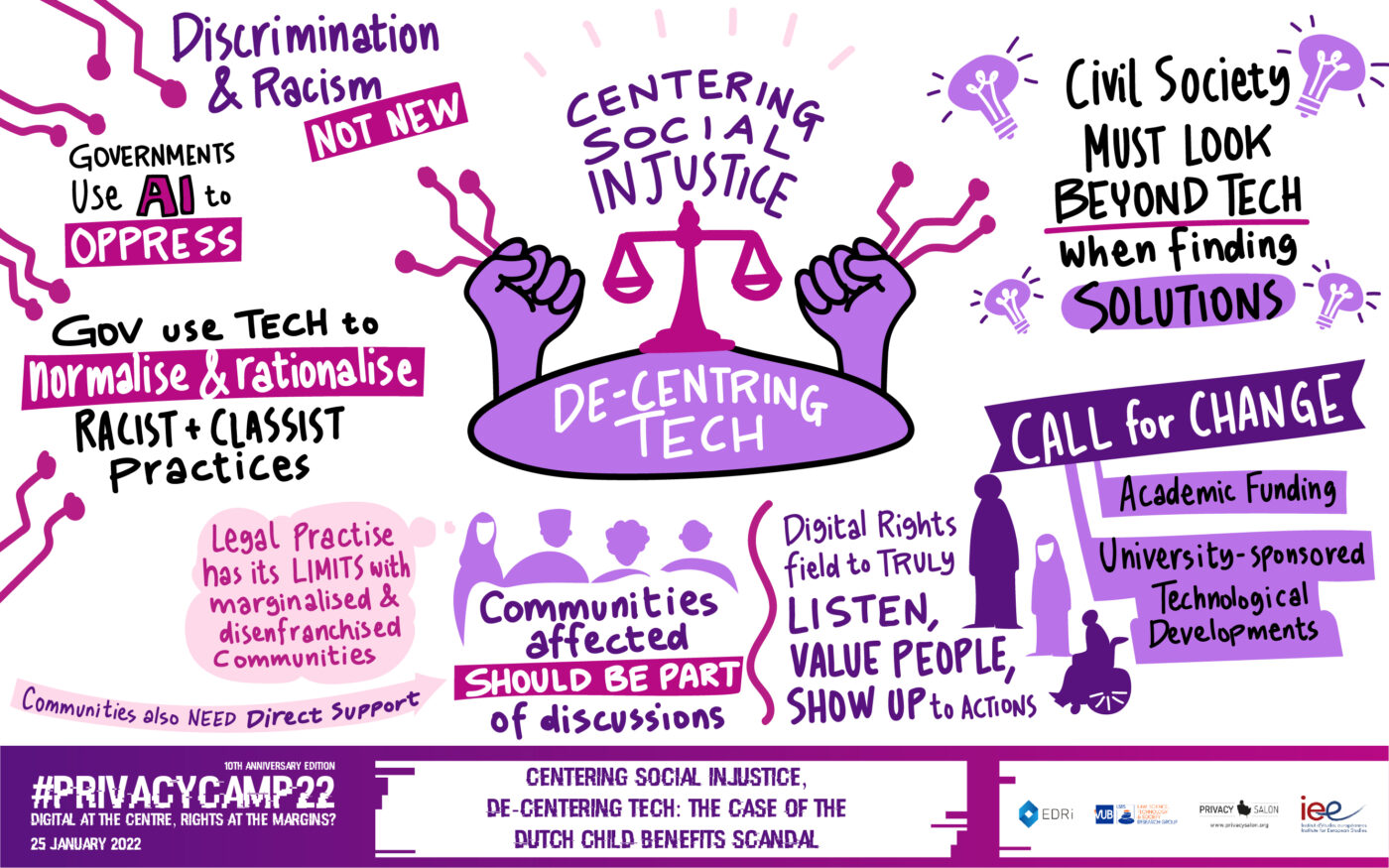 The Racism and Technology Center organised a panel titled Centering social injustice, de-centering tech: The case of the Dutch child benefits scandal and beyond at Privacy Camp 2022, a conference that brings together digital rights advocates, activists, academics and policymakers. Together with Merel Koning (Amnesty International), Nadia Benaissa (Bits of Freedom) and Sanne Stevens (Justice, Equity and Technology Table), the discussion used the Dutch child benefits scandal as an example to highlight issues of deeply rooted racism and discrimination in the public sector. The fixation on algorithms and automated decision-making systems tends to obscure these fundamental problems. Often, the use of technology by governments functions to normalise and rationalise existing racist and classist practices.

As Nadia Benaissa articulated: “The system isn’t broken, the system and its algorithms are doing exactly what they are told by people. Sanne Stevens stressed that we cannot have fair technology in an unfair world. We must resist tech solutionism and be careful not to view tech as the main source of evil. Look beyond the tech and see the broader ecosystem of discrimination and racism.

Moving away from a technosolutionist focus, the speakers also debated about the role of law, acknowledging that legal protection has its limits, particularly in extremely marginalised and disenfranchised communities. The dominance of legal and technical framings of the ways problems are recognised and conceptualised can lead to creating expert-driven spaces that are inaccessible to those communities in which these injustices occur. The discussion concluded that building and offering safe spaces together with anti-racist activists and communities must begin by truly listening, valuing people’s time, and showing up.