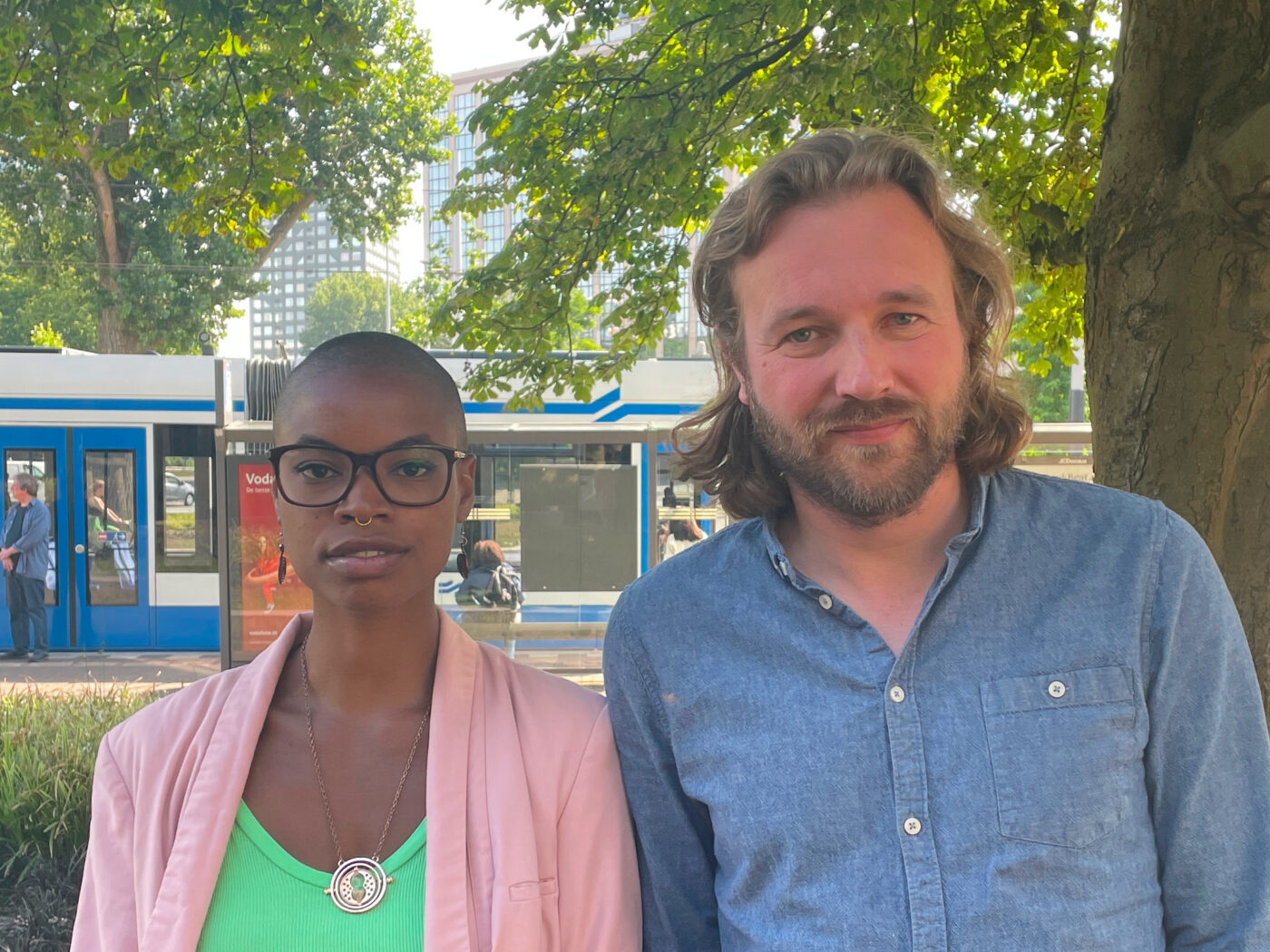 During the pandemic, Dutch student Robin Pocornie had to do her exams with a light pointing straight at her face. Her fellow students who were White didn’t have to do that. Her university’s surveillance software discriminated her, and that is why she has filed a complaint (read the full complaint in Dutch) with the Netherlands Institute for Human Rights.

You can read the (Dutch) press release about her complaint here, or read the English article at the NL Times, which is partially based on the press release.

“The software didn’t recognize me as a human being,” she tells the Volkskrant

Robin and Hans de Zwart (from the Center) were interviewed about the complaint by Dutch national newspaper the Volkskrant. Robin shared how the software did not recognize her as a human being and how her university, the VU, ignored her experience.

The Volkskrant article places Robin’s story in a much broader context of racist software. It is by now a well researched fact that facial recognition software doesn’t work the same for everybody, and many cases of Black students facing problems with the software have been documented.

The largest news agency in the Netherlands (ANP) wrote about the news, leading to lots of attention in the national media. NRC, Trouw, NOS, NU.nl (with more than 1.500 comments on the post), Joop, ThePostOnline, and Parool all wrote about the racist software and the complaint. There was a short item on NOS op 3 radio (also broadcast on FunX) and a long nightly radio interview with Robin and Hans at De Nacht van Zwart. The VU’s student news outlet wrote about the complaint too of course. The story even made RTL’s nightly national news:

Her university still refuses to acknowledge their responsibility

It took them a little while, but the VU university did eventually post their reaction to the story.

They refuse to apologize for their use of the racist proctoring software, because they could not find an objective relationship between Robin’s skin colour and the problems she has experienced with the proctoring. This makes no sense: it is completely obvious that they can’t objectively find that Robin had problems because of her skin colour. And neither can they objectively find that she did not have problems with her skin colour: as there wasn’t a White student sitting next to her with the exact same circumstances.

However, it has objectively been shown that Proctorio, the software that the VU uses, has problems seeing Black students in comparison to White students. And that is the core of the problem: the chances to run into problems with the software are higher for Black than for White students, a clear example of unequal treatment.

The Netherlands Institute for Human Rights will now start its research process into the complaint. They will ask the VU for a more formal reply, will then organize a hearing, and finally should reach a verdict within six months or so.

Do you think that you were discriminated by racist proctoring software too?

If you think that you have had a similar experience as Robin’s, then you are encouraged to share your story (confidentially) with the Racism and Technology Center via proctoring@racismandtechnology.center.