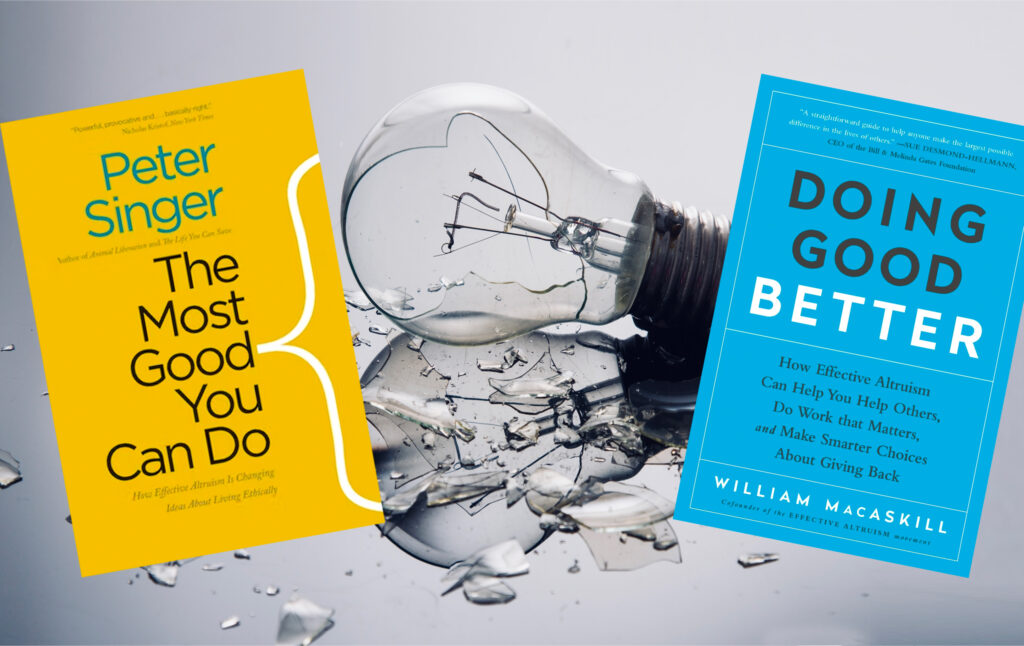 ‘Effective Altruism’ is all the vogue, but deeply problematic.

Its messias, William MacAskill, has recently been profiled multiple times in US media and has even appeared on the Daily Show. And here in the Netherlands Rutger Bregman has been getting a lot of attention for his MacAskill-inspired pieces. They espouse ‘longtermism’, we should have way more moral concern for future generations than we currently have (MacAskill: “Future people count. There could be a lot of them. We can make their lives go better.”). Future generations can only matter if we are still around. So longtermists are obsessed with ‘existential risks’, (human) life ending events. This means, for example, that they are putting huge amounts of funding towards researching – and the presumably preventing – the existential risks of artificial (general) intelligence, a future where AI might develop its own agency and might ‘lock in’ priorities that don’t align with our enlightened and rational moral values.

This concern for a future that might or might not happen is taking away potential resources for the current and very real risks of AI. In this piece for Current Affairs, Nathan J. Robinson writes about how Timnit Gebru “points out that there are huge risks to AI, like ‘being used to make the oil and gas industries more efficient,’ and for ‘criminalizing people, predictive policing, and remotely killing people and making it easier to enter warfare.’” But according to Robinson, “these get us back to our boring old near-term problems—racism, war, climate catastrophe, poverty—the ones that rank low on the [effective altruism] priorities list because other people are already working on them and a single brilliant individual will not have much effect on them.” He then critiques “the undemocratic and, frankly, racist aspect to a lot of EA thinking.” and cites Émile P. Torres:

Not only has the longtermist community been a welcoming home to people who have worried about ‘dysgenic pressures’ being an existential risk, supported the ‘men’s rights’ movement, generated fortunes off Ponzi schemes and made outrageous statements about underpopulation and climate change, but it seems to have made little effort to foster diversity or investigate alternative visions of the future that aren’t Baconian, pro-capitalist fever-dreams built on the privileged perspectives of white men in the Global North.