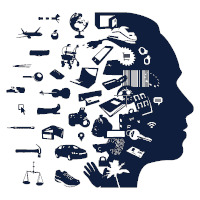 In its decision, the AP explains the Tax Agency is fined for three counts of unlawful data processing. First, the Tax Agency registered and used data on people’s double nationality when they were not allowed to do so in the first place as it was not necessary for their task. Second, (double) nationality was used as “an indicator in a system that automatically designated certain applications as risky.” As such, people with a double nationality or without Dutch citizenship were automatically considered more suspicious by the Tax Agency and investigated more thouroughy. Third, the Tax Agency used people’s nationality to guide their investigations into organised crime. The AP ruled that his second and third instance of unlawful data processing was also discriminatory and, as such, infringed on people’s fundamental rights: “unlawful processing by means of an algorithm led to a violation of the right to equality and non-discrimination.”

The AP’s Chair Aleid Wolfsen emphasized the severity of the situation by stressing that people do not have a choice whether or not they allow the government to process their data, their are forced to do so. Further, he stated that:

Digital applications have become indispensable, and they enable us to swiftly process and conveniently combine huge volumes of information. But when it goes wrong, it really goes wrong. And other fundamental rights can be affected too. The implications for individuals can be enormous, as the Childcare Benefits affair has made painfully clear.

This decision was based on an earlier investative report the AP published this summer and on which Amnesty based its own report on the role of technology in the Child benefits scandal (we wrote about Amnesty’s report previously).